This installation tells the stroy of self finding by changing your perspective. As a light artist, I not only play with the light that makes objects appear but also with the matter that makes the light visible. The materless and the matter need each other. Combined with curiosity for scientific phenomena, the entire situation is redesigned through minimal interventions. The works allow the viewer to penetrate a space between the romms and reexamine the view of his sourroundings, the world and finally himself. It`s about the journey to oneself. The light becomes a communication supplier and a bridge to the subconscious. The light works are thus double reflections: of material and the thoughts. On the border to immateriality, not only the light is shaped, but rather our feeling, the essence of dreams.

The title of the work "the earth upside down" explains the feeling of disorientation, excessive demands and chaos. The gentle light painting shines in a light gradient from white to cyan to blue, which then fades. Seen from space there is no up or down. By changing perspectives, the viewer detaches you from the earth and chaos and disorientation is replaced by a cool inner calm. 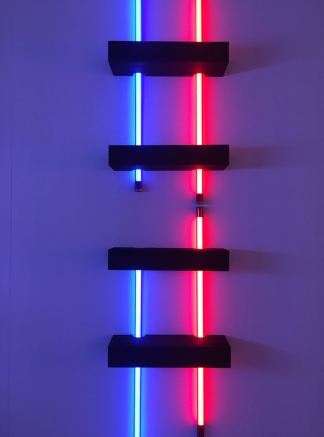 “Pulse of the universe (s)” addresses the existence of multiverses. The matt black boxes represent universes that are perforated by red and blue light. These two light colors are in full contrast to each other, which affects the refraction of light in the eye. Blue light appears further in the distance and red light appears further in the foreground. In addition, the ongoing expansion of the universe is measured with the help of the red light shift. Thus, these two colors stand for the expansion and contraction of the universe, which is repeated infinitely. The pulse of the universe. At the same time, the colors and the 4 chambers are reminiscent of our heart, which is also responsible for our pulse. 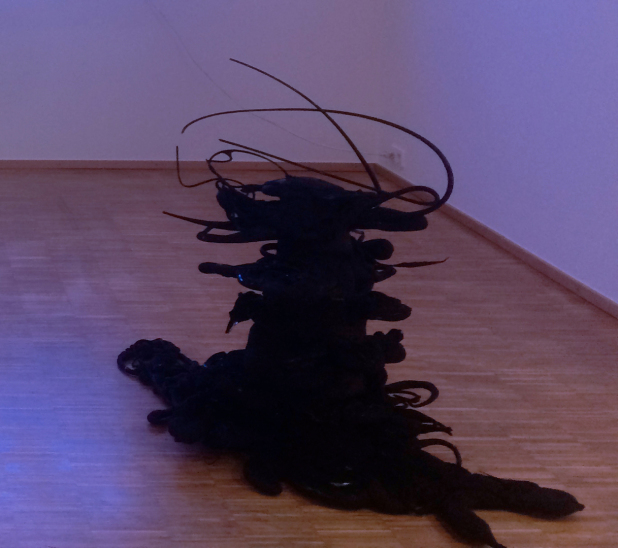 The sculpture "into the void" consists of different large clear acrylic glass deformations that are stacked on top of each other and covered with flame soot pigments. In some places the clear acrylic glass shimmers through. The work seems to move through the arrangement of the acrylic layers and the glittering of the bare parts of the acrylic glass. Here galaxies are swallowed up by a black hole. Only in some places the light tries to escape. The journey into the void, the unknown.